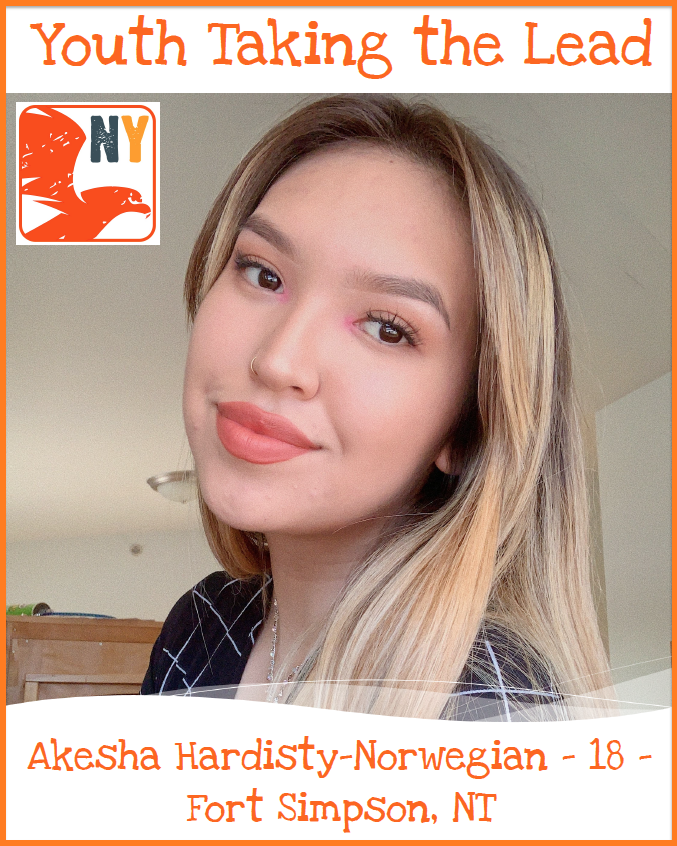 “Sports is something I’m really into, and has also helped shaped me into the leader I am today, from being team captain to coaching a little kid soccer team and helping run practices. I’d like to believe that I’m taking or have a leadership role in my community by encouraging my peers and anyone around me to do their best. Also offering my help anywhere I can, when I can. Another big part I play in being a leader is being a role model, and to help pave the way for other people to be a leader too. What I have learned from being a leader is to embrace change and to not worry so much when things don’t go the way they were planned. Another big thing that I have learned from being a leader was to learn new things, and to have an open mind. I like to connect with my culture because I feel it’s important to do so, and I’d like to keep cultural traditions in my life for as long as I can. Not only because I think it’s important to do so, but because of the feeling one gets when connected, everything feels so wholesome and cleansed. I would like to say to other northern youth is to not get discouraged about anything, don’t be scared to try new things and to put yourself out there. Also, everyone is capable of doing something great and that anyone can be a leader.”

Jackie, who nominated Akesha, told us, “Akesha has been a leader in our community for years now. She can often be seen taking leadership roles in different aspects of the community. She is a leader in water safety and took the role of Assistant Pool Supervisor and did great. In the sport community she can be seen taking the initiative to help in sport. Akesha often encourages athletes of all ages to play soccer or basketball. In a time when her coach was sick and hospitalized she took the role to continue the soccer program until her coach came back. Akesha leads by example and is a great contributor to Fort Simpson.”